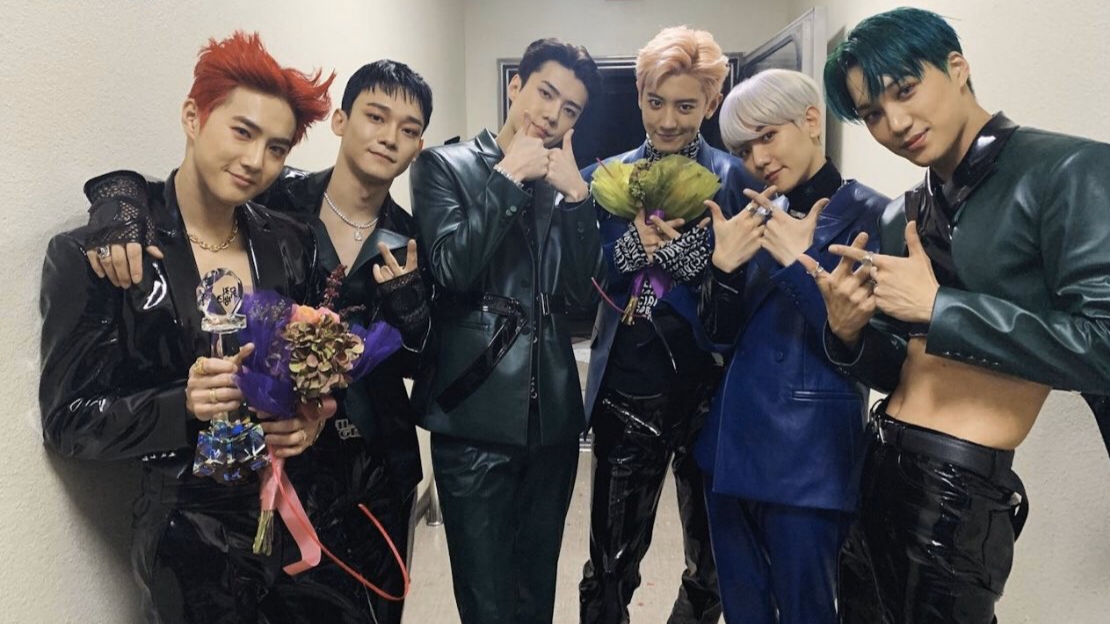 NOTE: Because EXO is a group with a long career and a lot of accolades, I decided to split up the pages instead of having one with ten subpages. You can read about some of EXO’s major achievements here and awards EXO has won here.

***According to SM Entertainment, this date is EXO’s 100th win. However, I went through Wikipedia and checked all of their music show wins for each album single – and according to that, their 100th music show win was one of the “Ko Ko Bop” trophies. I’m *guessing* that SM didn’t include wins for songs that EXO didn’t actually perform on music shows, like most of their holiday/winter album songs. But I can’t say for sure, because I got into K-pop and EXO in 2016 (so anything before that is only secondhand information).

SOURCES: It’s hard for me to list sources about something like music wins, because I usually just find out from Twitter or Soompi’s posts and add them here in real time. Or if it’s been a while since I updated, I go to all of a group’s album pages and double check the music show wins listed there. So there are WAY too many tweets/posts/pages to link, but everything can be confirmed by Soompi and/or Wikipedia.
The Soompi article about EXO’s 100th win is here.

The cover image is of EXO after one of their wins for “Obsession” in 2019. I tried really hard to find an original source for it, but it’s not on EXO’s Twitter or Instagram. So I’ll just link the source where I found it, which is a site called The Standom.