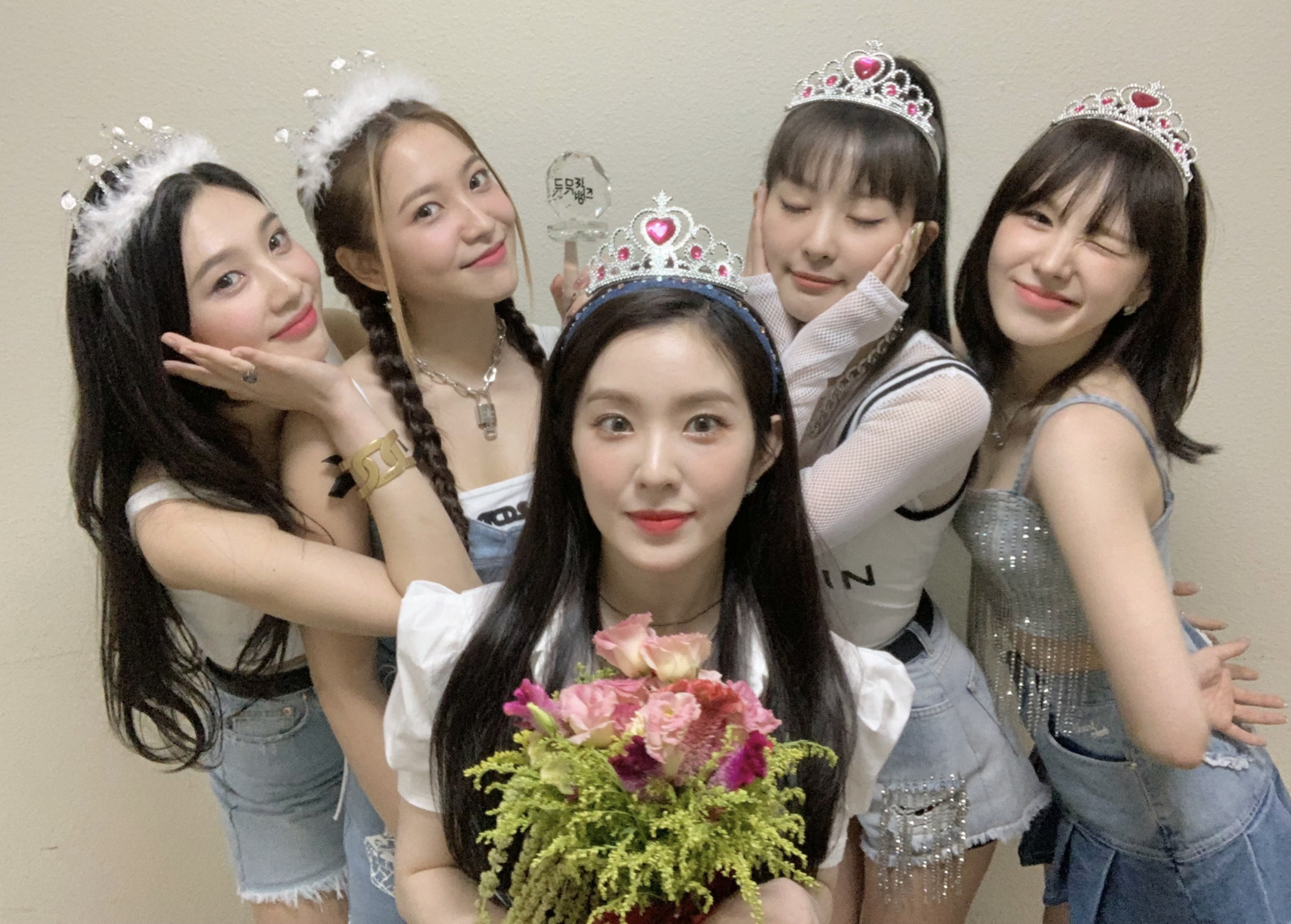 NOTE FROM KATHERINE 4/1/21: Hi all! I haven’t gotten around to fully reformatting Red Velvet’s group profile yet, but I did update the music show wins section to include all of their trophies up through “Feel My Rhythm.” I’ll continue to check in and update in real time. And hopefully I’ll be able to make the rest of the new profile soon! ❤

*MBC Music Core got rid of their awards system in 2015 and re-introduced it in 2017, which is partially why there’s a gap in Music Core trophies for a while.

Red Velvet received their first Perfect All-Kill with “Power Up” in August 2018.  A Perfect All-Kill is when a song hits #1 on 6 music charts (daily and real time), as well as #1 on iChart’s real time and weekly charts.

In April 2018, Red Velvet was the first K-pop group to perform in North Korea as part of a special concert (minus Joy).  The concert was aired on MBC in South Korea.

NOTE: The prizes are arranged by awards season, as several awards shows take place in the beginning of the year after music is released.  Notable awards such as a bonsang and a daesang are highlighted in bold. Also, this blog will mainly focus on awards given in Korea (with a few exceptions).

*NOTE: Winning a Korean Music Award is fairly significant because it’s somewhat rare for K-pop artists to win them.  The Korean Music Awards rely on professional opinions and critics to determine their winners, unlike sales/streaming records and fan votes (which most of the awards shows do).

FEATURED IMAGE: Red Velvet’s 2nd win for “Queendom” on Music Bank in 2021 – original picture can be seen on their Twitter here